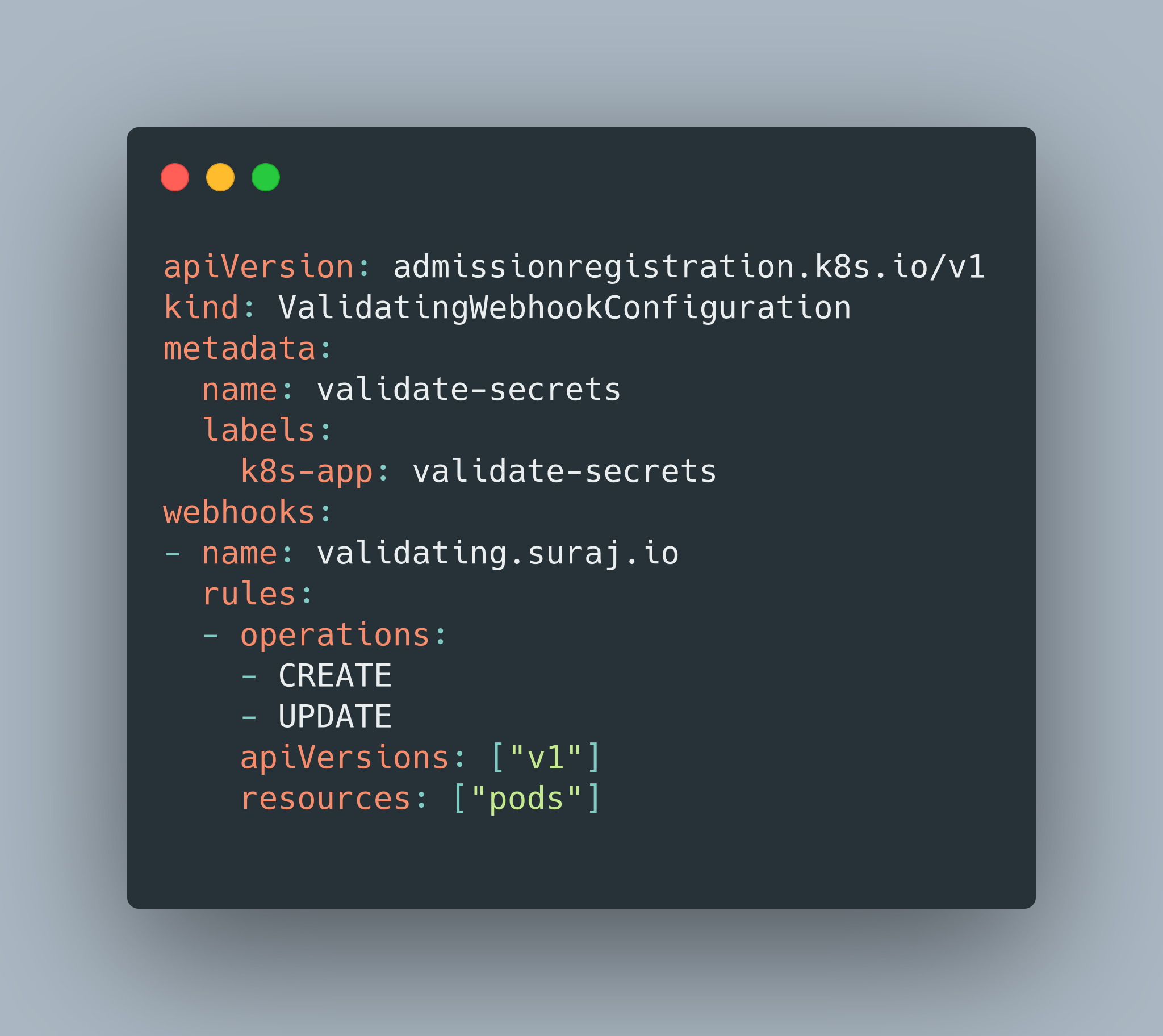 What are admission controllers?

All requests going to the Kubernetes API server go through the following four steps:

What is a Validating Admission Webhooks?

This admission controller sends a webhook to the specified endpoints when a given condition is met. We can ask things like send all the requests to a particular URL after encountering a resource called pods of apiVersion v1 when someone is trying to CREATE them. Now all the pod create requests will be sent to your webserver.

With all that essential knowledge, we will employ it to stop an attacker from gaining access to the secret they don’t have RBAC access to. We will create a simple webhook server that will intercept all the Pod, CronJob, DaemonSet, Deployment, Job, ReplicaSet, ReplicationController and Statefulset create and update requests. On these requests, we will first figure out who (user/group) is making the request and what kind of secrets they are asking for access to?

Once we have these two pieces of information, we will do a programmatic equivalent of the following kubectl command:

If the answer to the above is no, we will reject the request to the user.

Install the Kubernetes Secret Access Validator by following the steps mentioned here. Now let us try to recreate the hack situation mentioned in the previous blog.

Create a test user that has access to pods, but not to secrets:

Save this pod config in a pod.yaml, and we will try to deploy it:

Now trying to deploy it:

This project is in a nascent stage. Right now, it only supports pod creation and update. The support for other pod creating controllers will be added soon.

I haven’t fully grasped the side effect of this webhook server running inside an operational cluster. But once I do that, I will learn the pros and cons of this approach. Ideally, this should be done at the Kubernetes API server level.